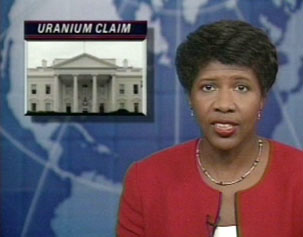 the motive for this administration is their own profit. THE CARLYLE GROUP AND THE U.OF TEXAS ENDOWMENT FUND ARE KEY PERVERSIONS OF AMERICAN POLICY TO BENIFIT THE BUSH FAMILY AND FRIENDS INSTEAD OF THE AMERICAN PEOPLE

We in the UK know that both Blair and Bush lied for their own benifit.They,and cronies are cutting up the pie.Follow the money,note how the most lucrative contracts have been GIVEN to family and friends. John Major joined at the hip to Bush as they attempt to corner the venture capital world in Europe and Asia through their criminal enterprise named The Carlyle Group[note the Iron Triangle by Briody]No WMD,no iraq-al quida connection,no problem. Somebody elses child is dying in a far off land