Here's an interview with Ambassador Joseph Wilson -- the guy that's been touring the circuit explaining how he discovered the Niger Uranium WMD situation couldn't have happened as originally reported.

This is a long interview, so I've made it available in its entirety and in two parts. 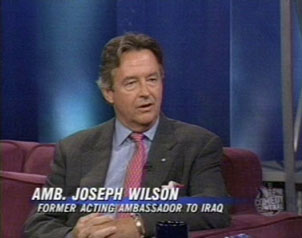