Bill Moyers On The 911 Commission Report 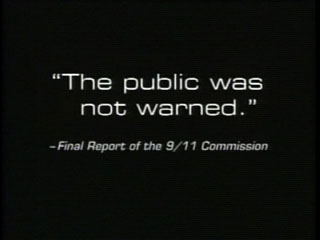 He then reminds us what the report concludes: the Administration had been warned repeatedly by their own counterterrorism experts that Al Qaeda was determined to attack within the United States. (Richard Clark sent his first memo just five days after Bush's inauguration in January 2001.)

And yet the Shrub Administration did nothing to try to prevent it.

They did everything to use it to their advantage after it happened, however.
The Frontline episode on "Rumsfeld's War" I'm about to put up illustrates this fact nicely.