I've been going through my Second Life machinima from 2008, and I've found some real gems from last year that I never put up.

Pete packed the house in real life and in Second Life, at NASA's COLAB SL site. 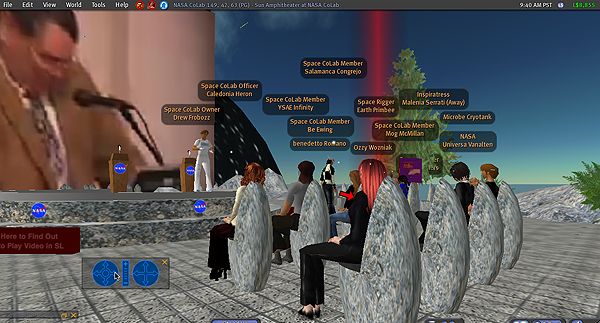