On Lisa Rein's Radar
Howard Dean For President In 2004

I've created a couple different edits of these movies:

- Movies that have both songs, with an introduction to the second song in the middle.
- Movies consisting of each song as a separate clip.
- A "radio edit" of "Scum" in case you wish to add it to your MP3 collection without having to listen to the talking at the beginning everytime (although Penelope teaching the audience the words to the song is pretty fun to listen to).

(That's me singing backup along with the guitar player at the end of "Scum." I think it came out pretty good actually, considering :-)

Penelope has asked me to retain our traditional copyright on this footage until she has a chance to look over the Creative Commons Licenses in more detail. (Sounds fair to me!)

Thanks again for an incredible show, Penelope! 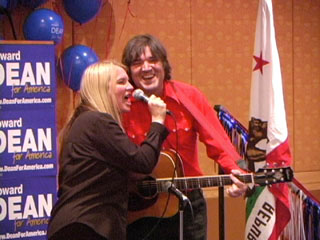 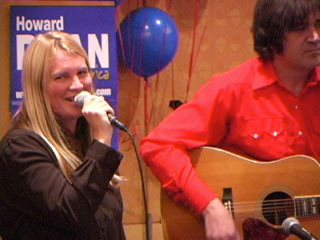 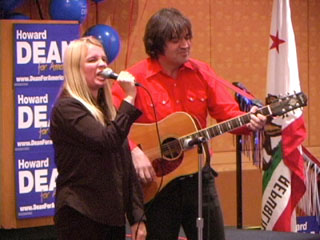 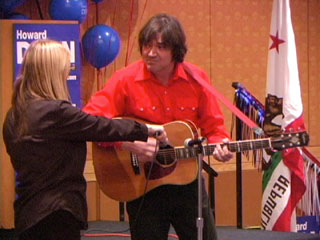 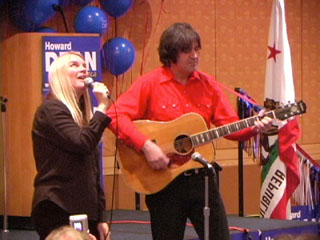 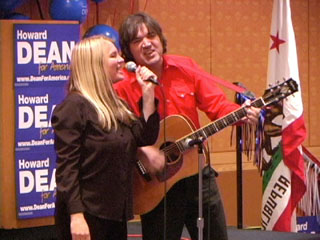 Hi. I got a mix cd with Penelope Houston singing "The Quality of Mercy" and loved her voice and songs, and did a search on her and ended up here!

Thanks for Creative Commons, if it was created by you. Most of us just stuck copyright symbols on everything without knowing what we are doing, and I got a Creative Commons license when I saw it could at least give some ground to stand on to those of us who are clueless about such matters.

Right on, also, about what you are writing about in the rest of your blog. We are on the verge of one party being in control for a long long time to come unless people realize that it's now or never.