The most important point:


End to end character of the web.

How this was a design choice.

Intelligence is at the edges. Network is simple.

This was a fundamental architectural choice. 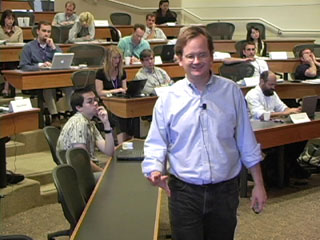 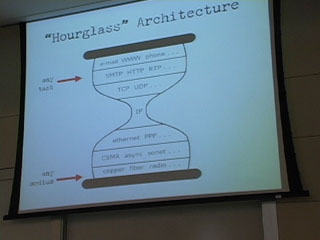 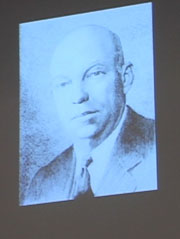 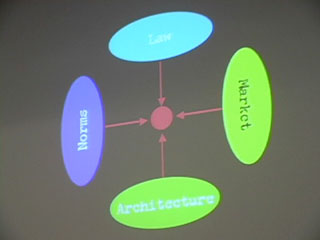 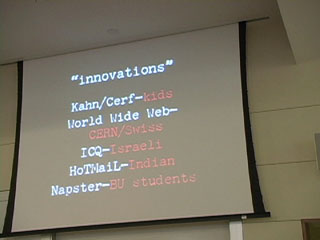 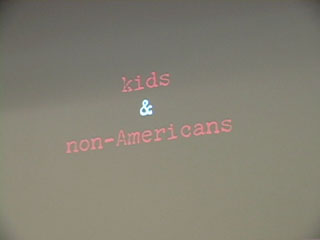 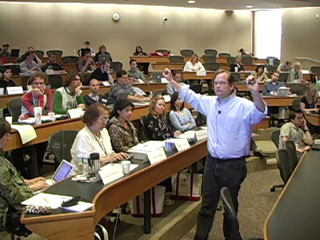 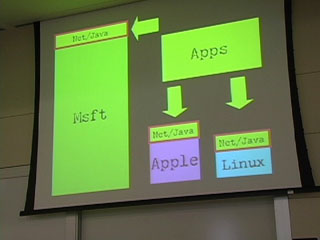 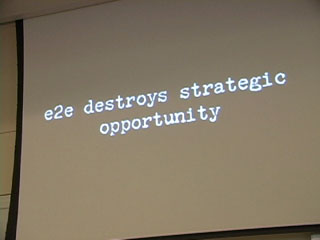 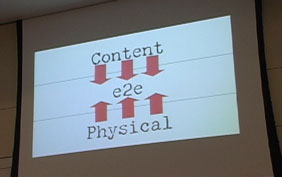 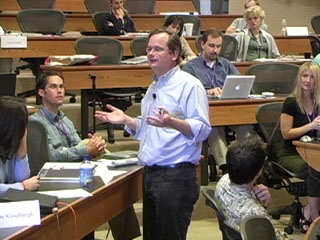 Larry On End to End Architecture

The end to end character of the logical layer

2:26 - Difference Between AM and FM Radio

David Sarnoff vs. Armstrong and RCA

How AT & T discriminated against any ideas that wouldn't benefit their monopoly.

How competition can be crushed by the dominant network provider.

9:30 - Innovations that gave birth to the internet

11:52 - Policies and Consequences of Architecture

Intelligence is at the edges. Network is simple.

41:40 - Why the property model makes no sense on the Internet.

How it just doesn't make sense to propertize all resources.

Competitors do things that benefits them but harms the network

11:00 How the Internet needs to run like the electric network

he mentions my weblog around 12:00

note: after this point, the numbers are iffy...

not either or but a balance between property and FREE

Note from lisa: people are always asking me what the work was that Eric Eldred was waiting to fall into the public domain that originally brought about the court case. The answer is "Robert Frost poems."