George W. "The Shrub" Bush On Meet The Press

This is from the February 8, 2004 program of
Meet the Press.

Okay, I've got this split up into two parts and 4 parts -- in quicktime movies and MP3s.

The Parts 1 and 2s go together (The movies and audio). The 4 parters are split up more at random.

Okay this stuff should be uploaded now. Sorry for being a bonehead last night ;-) 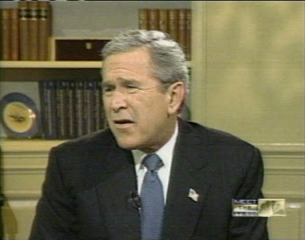 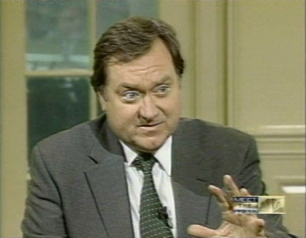 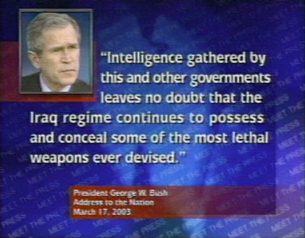 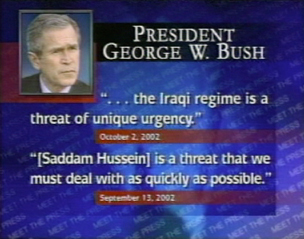 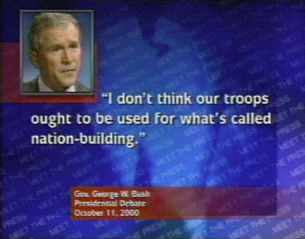 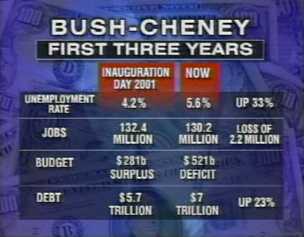 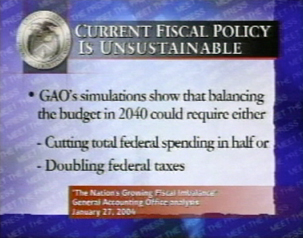 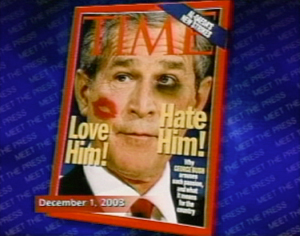 Thanks for hosting. Bush did a good job standing up against some of those arguements. I think the budget solution he talked about is a little unstable.

thanks lisa! i've been looking everywhere for video of the bush "meet the press" debacle. you can't find this on the internet. oddly enough, it's almost as if someone decided that bush did a terrible job & they should keep it from being widely viewed...

Lisa, thansk for posting these clips. I'm getting sick watching this and thinking that I'm living under this guy.

Lisa! you rock- thank you so much

Thanks for posting the video of the Meet the Press interview. Russert gave Bush a pass many times. The one that comes immediately to mind is how many times Bush talked about going to the international community before attacking Iraq. Russert never once pointed out that the international community was opposed to the attack. Bush several times said Iraq had to be dealt with; Russert never once pointed out that he was being dealt with by the entire world. He was trapped in a glass box with U.N. inspectors all over his back and with their numbers due to be increased. Bush got a pass; Russert chickened out.

But I guess I'm preaching to the choir, huh?

Lisa, I've got a few screen shots with the closed captions turned on. Did you notice how he smirked when he said "I'm a war president"? I didn't capture that smirk, but did capture the smugness.

Thank you very much for hosting the video. It was impossible to find it even 2 weeks after the interview was done, only the transcript was available. But the performance can only be fully evaluated with the video, and this is why it apparently faced censure. This interview is a masterpiece, a comic tragedy indeed, that need to be distributed around. In association with some explanations it deserves to be shown for education purpose, specially to teenagers whose parents are concerned about them becoming one day citizens of a society and not the docile brainwashed puppets of a media controlled country.

i was referred here from libertyforum.org

i have a question...i was watching foxnews...hannity and colmes and there was an interview with niel bush and his son pierce on the subject of ritalin.

how do i get a video copy of that interview?

you will be amazaed at the SPITTING IMAGE of george in his nephew who is diagnosed with ADD...pierce.

please help me get that video so the world can see that bush sr. is just like his kooky nephew ..only older