Where All My Video's Going For This Election

Please spread the word. There's a bunch of great stuff in there already. I'm still working on making proper posts for it, but the point is that voter machine troubles have been coming in since the early hours and that the Republicans have already been caught making illegal "Robocalls" and using intimidation tactics.

Also of interest is Tim Russert on IMUS in the morning (dabble record) (About 4:50 am, when I had just woken up to start taping), explaining how the Exit Polls were gonna be all top secret now until later in the day, so as to be more sensitive to keeping the data secure, confidential and accurate. 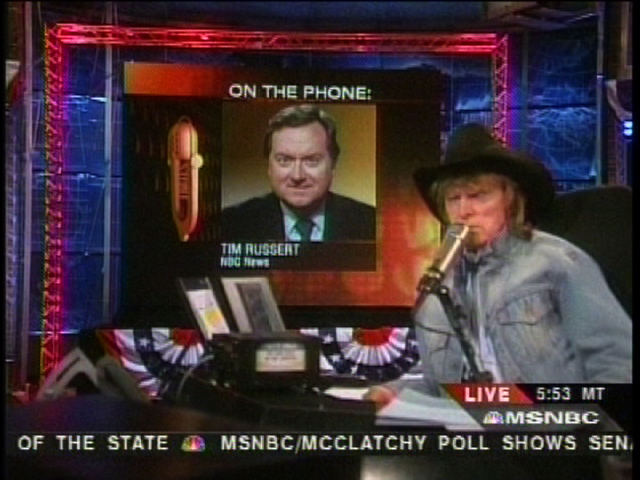