This is from the September 14, 2003 program of
Meet The Press, hosted by Tim Russert.
(Link goes to a complete very incomplete transcript.)

I also have this footage edited into smaller clips, organized by subject, that I'm in the process of uploading right now. 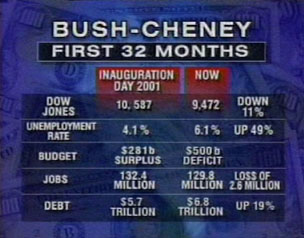 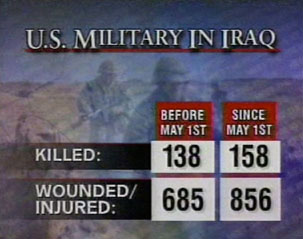 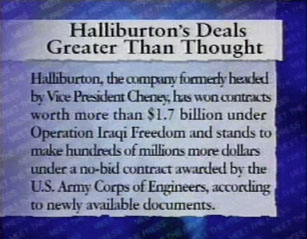 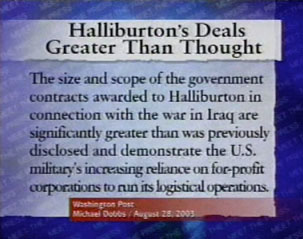 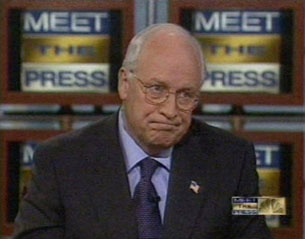 Here is the full text of the article in case the link goes bad:

Transcript for Sept. 14
Sunday, September 14, 2003
GUEST: Dick Cheney, vice president
Tim Russert, moderator
This is a rush transcript provided for the information and convenience of the press. Accuracy is not guaranteed.
(Note from Lisa -- boy, that's the understatement of the year! This transcript is very abridged.)

I've got this linked from my site. I hope it helps bring you some further traffic, your site needs to be seen and heard.
Love your work.

I love what your doing but you should make it easy to email your page to other people.
Thanks