Rob Courddry On The Shrub's Blaming The Navy For "The Sign" 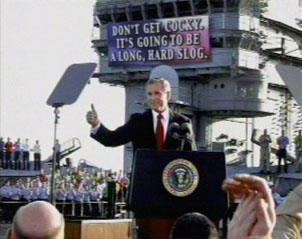 In this clip, Rob Courddry probes further into the familiar pattern of the Shrub's blaming his mistakes on other agencies he, theoretically, has complete control over as Commander In Chief.

For example, it was the CIA's fault about the faulty WMD intelligence that was included in his State Of The Union Address. Now it's the Navy's fault for following orders and hanging up the "Mission Accomplished" sign at his May 1 press conference. 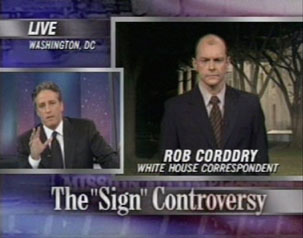 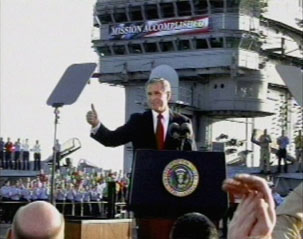 (Below: What they meant for the sign to say.) 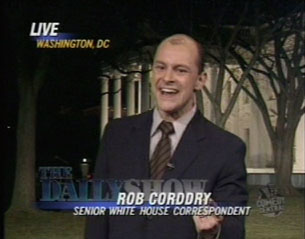 Did anyone else get that bit of swearing at the end as a very subtle jab at Bill O'Reilly? or am I just imagining things.