Bill Moyers NOW On The Mistreatment Of Shrub War Veterans

This story aired on NOW With Bill Moyers on November 7, 2003.

This story, "Coming Home," was Produced by Dan Klein and features correspondent David Brancaccio. It was Edited by Amanda Zindman.

This story focuses on several families whose fathers put their lives on the line to go fight in Iraq, and were injured in combat. Upon returning home, they were given little or no medical or financial support whatsoever, and were told to seek handouts to get by.

This is available in one big 38 MB clip and in three smaller clips for easier downloading off small connections. I've also transcribed portions and am including some info with the pictures.

I've also put up some clips of one of the families, the Stifflers, that was featured in this segment.


"In Iraq, for every soldier killed, 7 are wounded. 1,300 since May 1st. That's twice as many as were wounded during the war itself. The New Republic reports that nearly every night, under the cover of darkness, ambulences meet C-17 and C-141 transport planes flying into Andrews airforce base to ferry the wounded to military facilities. The government hasn't wanted us to see them, but that's beginning to change as the numbers mount and as journalists keep insisting on knowing who are these wounded and what's happening to them." 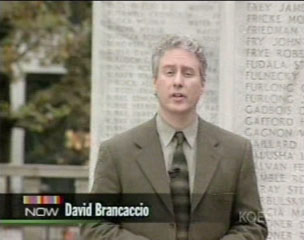 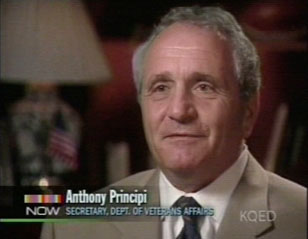 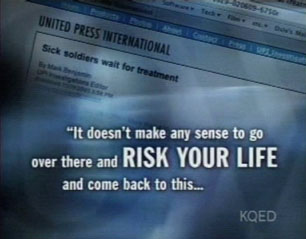 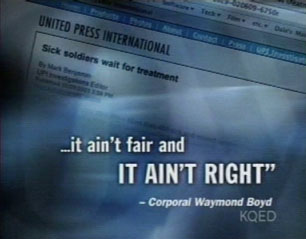 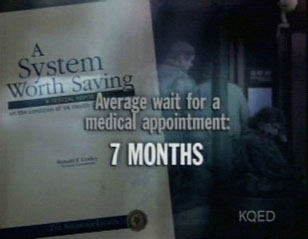 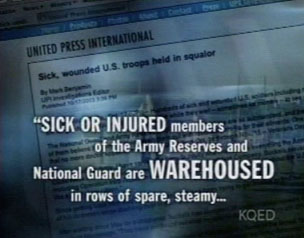 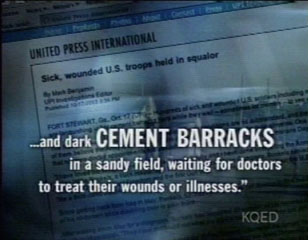 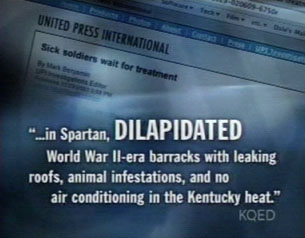