This story aired on NOW With Bill Moyers on November 7, 2003.

This clip is exerpted from the complete feature, "Coming Home," which was Produced by Dan Klein, features correspondent David Brancaccio, and was Edited by Amanda Zindman. 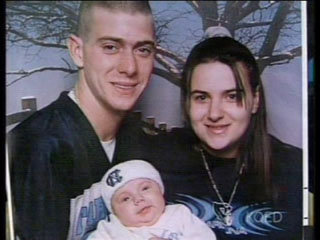 Jason Stiffler was manning a watch tower in Afghanistan when it fell out from under him. It's still unclear whether it was an engineering failure, an attack, or friendly fire. Whatever the cause, he fell 25 feet and suffered seizures at the scene and eventually went into a coma. He suffered serious spinal cord injuries and other injuries. He was quadraplegic for some time after the accident, eventually regained limited use of his legs after months of physical therapy, although it still causes him great pain to move.

A year ago October, he was released from the hospital and placed on the Army's temporary duty list, which meant he was now eligible for medical care and payments from the Department of Veterans Affairs. The Stifflers say they waited for promised phone call from the VA that never came. With his physical and mental condition deteriorating, Jason visited the regional VA hospital in Ft. Wayne, which had no record of him and was only able to offer limited assistance and care.

As David Brancaccio puts it: "Jason Stiffler, badly wounded veteran of America's War On Terror, was on his own."

Background on the complete video of the segment:
This story focuses on several families whose fathers put their lives on the line to go fight in Iraq, and were injured in combat. Upon returning home, they were given little or no medical or financial support whatsoever, and were told to seek handouts to get by.


..another young vet from the 101st airborne came home to a different kind of reception, one that was to leave him and his family nearly destitute.

Jason Stiffler followed a boyhood dream into the army at the age of 18. He was eager to defend his country. In return, he assumed it would take care of him.

"It was part of the agreement that we made on March 23, 01, when I signed up. I specifically remember that day because it was the first thing I asked. 'If anything happens to me, will I be taken care of?' Oh yeah, yeah, just sign right here."...

"There was a timeframe when I wasn't getting paid nothing." (Stiffler)

"How did you make ends meet during that time?" (Brancaccio)

The Story Of The Stiffler Family (Small - 10 MB) 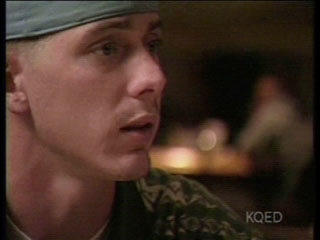 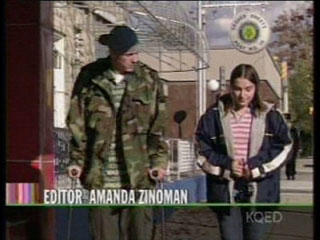