Here's why: whoever was messing with our elections in 2000 and 2004 is still in control of them. Very little has changed between now and then in the voting accuracy and/or recount department. Everything that we learned from Ed Felten and his team at Princeton University still holds. All the dangers from not having a voter verifiable paper trail are still in place -- for instance, as a protection against "vote-switching" software, which has apparently reared it's ugly head again.

These dangers have become so widely understood, and become such a part of our American culture, that the Simpsons even parodied it for a laugh.

We're laughing now, but are we going to be laughing when McCain somehow beats Obama, in the end, in what we're supposed to believe is another close race?

There's a recently-released documentary on this subject, Stealing America, by award-winning film maker Dorothy Fadiman. The film uses a great deal of my and my brother in-laws' archived news footage from the 2004 and 2006 elections.

In the 2004 election especially, it was amazing to me how the news footage was able to illustrate the strange sequence of events that took place in the middle of the night with both the voting count and the exit poll numbers. There was evidence of the vote-switching too, although, at the time, most of it was explained away as "glitches."

This clip from "Stealing America" interviews numerous individuals from all walks of life who had this vote switching happen to them.

Sure, the Republicans are in charge of these particular elections in Putnam county, but the point is that the Republicans, the Democrats, or anyone else that wanted to, without much effort, could hijack these voting machines and change the outcome of our elections.

As you will see in the clip from Stealing America, many of these people first blamed themselves when something odd occurred -- either blamed their own lack of expertise with computers, or their own unfamiliarity with the voting process in general, and so they weren't questioning what was happening.

Here's a classic example of "blaming the voter" from the Charleston Gazette:

This is the second West Virginia county where voters have reported this problem. Last week, three voters in Jackson County told The Charleston Gazette their electronic vote for "Barack Obama" kept flipping to "John McCain".

In both counties, Republicans are responsible for overseeing elections. Both county clerks said the problem is isolated.

They also blamed voters for not being more careful.

"I pushed buttons and they all came up Republican," she said. "I hit Obama and it switched to McCain. I am really concerned about that. If McCain wins, there was something wrong with the machines.

"I asked them for a printout of my votes," Ketchum said. "But they said it was in the machine and I could not get it. I did not feel right when I left the courthouse. My son felt the same way.

"I heard from some other people they also had trouble. But no one in there knew how to fix it," said Ketchum, who is not related to Menis Ketchum, a Democratic Supreme Court candidate.

"I touched the one I wanted, Rockefeller, and the machine put a checkmark on the Republican instead," Oates said of her experience Thursday.

She said she caught the mistake, called over a worker in the county clerk's office and was able to correct her vote. But she worries other voters may not catch such a mistake.

This time around, we need to take the opposite approach. Pay very close attention, and report anything strange to the various groups set up to help document what took place immediately.

Another important thing to remember is not to blame yourself if something screwy happens at the polls when you go there to vote. Bring a camera, notepad, and a keen eye. And let's stay up and make sure the votes are counted this time.

Ok guys! More to come!
Posted by Lisa at 09:06 AM
Stealing America: Vote By Vote - Here's a clip on the Exit Polls versus "official" results

I'm looking forward to recording as much election footage as I can again this year - as I did in 2004.
Much of that footage became the basis for the new Stealing America: Vote By Vote movie (work in progress) that has been circulating a bunch these last few weeks. (I still have some copies left if you need one.)

Here's a clip from it:

Exit Polls vs. Official Count in 2004

This is a clip from Stealing America: Vote By Vote, a work in progress about voter disenfranchisement in the 2004 United States Presidential Election.

In this sequence, several witnesses discuss the discrepancies between the exit polls and the "official" election results. Also included is news footage documenting the "official" vote count suddenly and inexplicably, changing in the middle of the night. 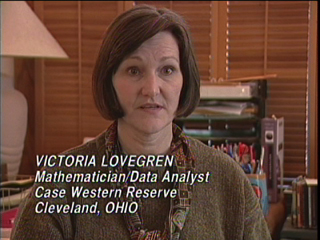 Posted by Lisa at 03:07 PM
Write Me Again If I've Promised You A Copy of Stealing America

Hey I finally got my package of Stealing America DVDs.

Write me again at lisa@lisarein.com with your address, ok? I might have lost it already if you wrote me two weeks ago.

As I mentioned earlier, I am not making copies of Dorothy Fadiman's DVD and handing them out. I am choosing to send you one of the stack of copies I was given for my participation in the film.

I'm about to put up a bunch of clips from the movie too.

Let's start figuring out what we're going to do about it this year, if the disenfranchisement happens again.

Posted by Lisa at 08:30 PM
Stealing America: How Systematic Disenfranchisement Took Place In the 2004 Election

I'll send you a copy of the DVD if you like, just send me an email with your mailing address.
Update and clarification 10/20/06 - I'm not dubbing copies of Dorothy's movie and giving them away. I earned 100 copies as payment for some archiving I did for the film. Part of our agreement was that I could have 100 copies. I'm choosing to send you one of these 100 copies if you "act now" :-)

I'll also be breaking it up into smaller clips and making it available online later this week.

There are a couple of other screenings scheduled in Northern California in October, but you can get a copy of the DVD and have a screening or throw a screening party in your town.

I've been thinking a lot lately about the upcoming election and how it seems like the repubs could just use the electronic voting machines and other tactics, like not putting enough machines in democratic precincts, to take over the election again.

To my knowledge, all of the systems that were in place in 2004 remain in place now.

Perhaps if films like Stealing America are seen by voters before this year's election, they will know to report it to the proper authorities if they notice any funny business going on this time.