Once upon a time, I met a skateboarding, breakdancing Tin Woodsman named Gary Bukowski 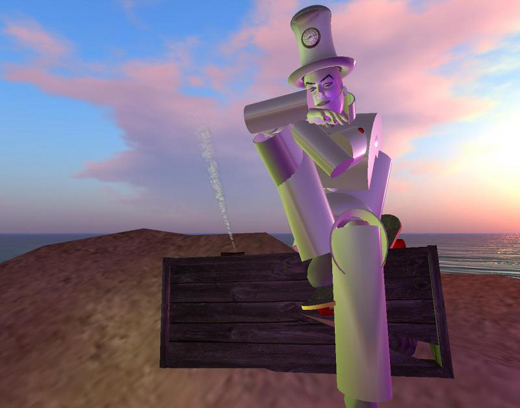 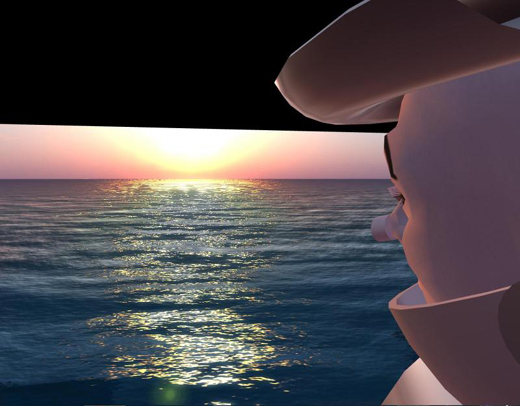 The Wishfarmers are basically a group of Second Life Wizards.

Now I spend my days and nights on Wishfarmers Isle, often just enjoying the surroundings around me, and trying remember what it was I used to do in that other place "out there." 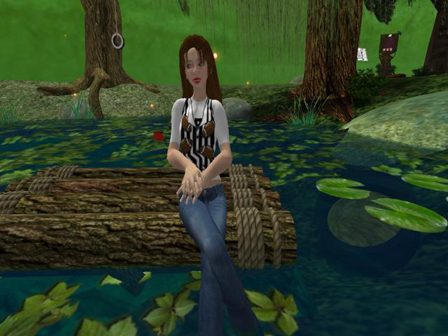 Our latest creation is Strengths Island, which you are about to hear a lot more about... 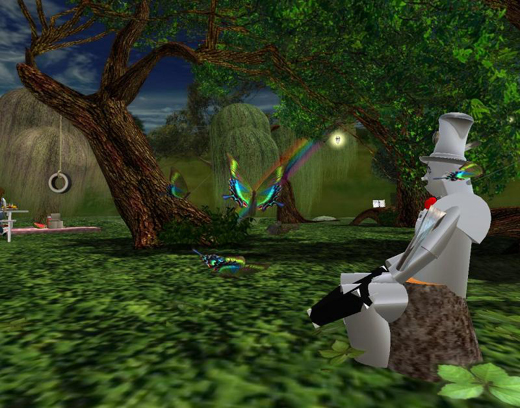 Posted by Lisa at 03:30 AM
Fooling Around With Hoverpods With Losta Hax

Summary: In this post, Losta Hax throws down a hoverpod object and I hop in and take it for a spin.

Losta Hax (Losta Hax's Pad) and I have been messing around with vehicles a lot this past week. Originally, I didn't understand the value of vehicles in Second Life. It seemed like, hell, if you could fly, what else would you need?

But as I first learned when Eric Rice (SL - Eric Rice) first took me on a helicopter ride a few weeks ago, vehicles are fun dammit!

Here's a little movie of us trying out some hoverpods.

You can see Losta floating in the hovercraft while I watch as he throws down another copy of it for me and I apple/click on it, and touch "ride," and hop in. 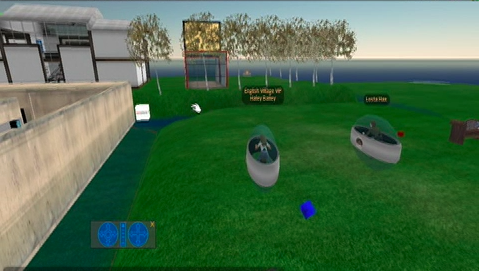 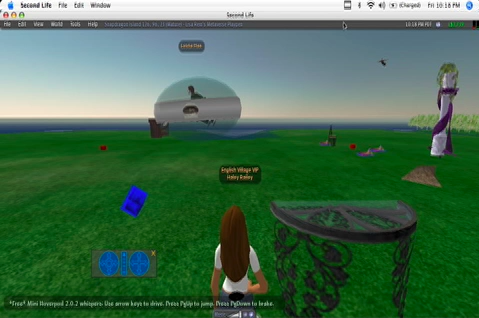 Posted by Lisa at 03:49 PM
All hell is breaking loose in Second Life!

All hell is breaking loose in Second Life!

For a couple of different reasons at this point, Second Life was pretty chaotic yesterday, and now is down altogether, as of 10:31am PST.

Yesterday morning, I logged in this morning to a bunch of people who logged in to some dark location, unable to teleport elsewhere.

The teleportation system went down sometime after 8pm PST Sunday night. (I say that because I seemed to be teleporting around fine before that time, when I logged off and went into meatspace for an hour or so. When I returned, I was editing video, and didn't try to get back on and move around till after 11pm...)

It was then that I and others noticed that we couldn't move around how we wanted. Anymore. You would select where you wanted and click on "teleport" and... nothing would happen.

Here's one fix for getting around the teleportation problem. 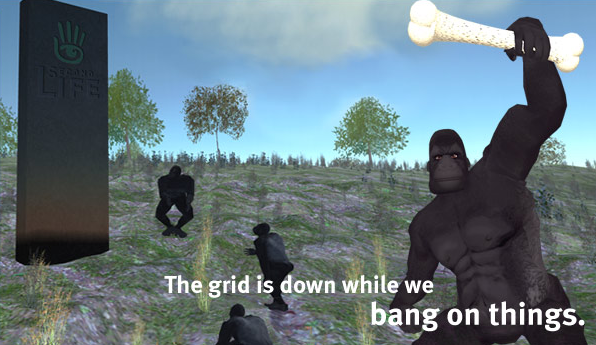 Posted by Lisa at 11:26 AM
Beach Balls Out of Control In Second Life

Summary: This post describes and shows picture of a beach ball that is self-replicating as an example of one form of out of control object that, combined with many others like it, could constitute a type of "grid attack" within Second Life. This event happened on Saturday, July 28, 2007. 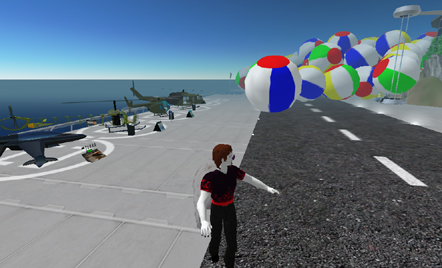 I was already writing this up before I read about how grid attacks were taking out Second Life (Here's the SL Blog on the subject.)

Here's a more informative link about the nature of these attacks, actually.

Anyway it's even more relevant now that this all seems like it could be part of the same larger grid attack.

Losta was vehicle shopping over at Abbotts Aerodrome, when he noticed about 7 or 8 beach balls sort of rolling around behind him.

They seemed sort of out of place there on the landing strip, and he was thinking they must have rolled over from the property next door or something.

He turned his back on them for a moment, and went back to shopping (more on the lovely vehicles he bought and how he learned to operate them later). When he turned back around to look at the balls, there were three or four times as many, and he could see them "popping into existence," one after the other.

Soon, he was standing in a pile of beach balls, and had to fly up to escape them. 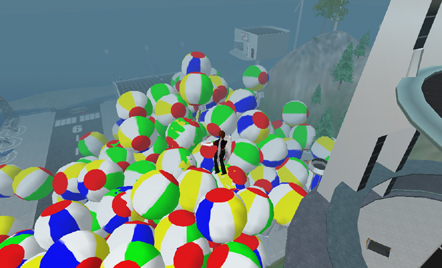 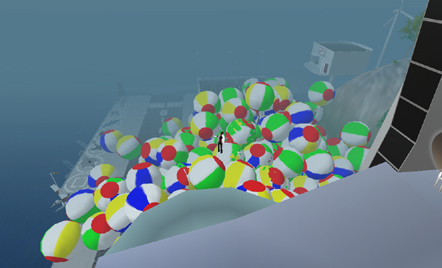 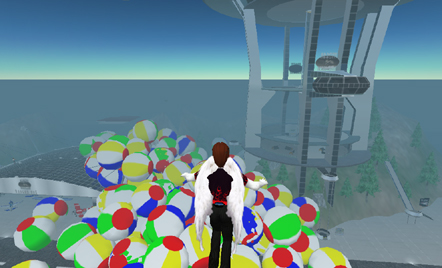 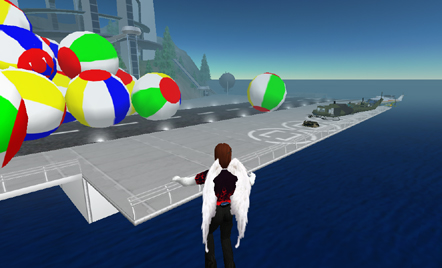 One example of a "Grid Attack" is a program that causes objects to replicate without end, (much like a Denial of Service attack takes up a website's resources, causing it to crash).

Were Second Life's resources to be genuinely used up, simply by the sheer numbers of people legitimately using the site, it would be sort of a Slashdot effect for Second Life. (Rather than a D.O.S. attack, in which programs, rather than people, request a site's web pages over and over again, in a non-legitimate fashion.)

Posted by Lisa at 09:30 AM
Recent Entries in Second Life Stories
Not very long ago. In a galaxy not too far away...
Fooling Around With Hoverpods With Losta Hax
All hell is breaking loose in Second Life!
Beach Balls Out of Control In Second Life