This movie documents several Foo Folks demonstrating and observing Dan Egnor's GPS Tron game. This is a game that uses wireless technology and GPS devices to play a meat space two-player running game on a field of grass. I played it. It was totally cool. (The kind of thing I could have easily played all morning if I didn't have important videoing to do :-)

Part 1 explains the interface and shows some players in action (one player is the game's creator, Dan Egnor, the other is Anselm Hook).

In Part 2, Brandon Wiley and Anselm Hook give us some first hand accounts of how the game is played.

Also included in the "All" movie is a partial interview with Dan Egnor about how he built the game, its current bugs, and how he plans on addressing them. 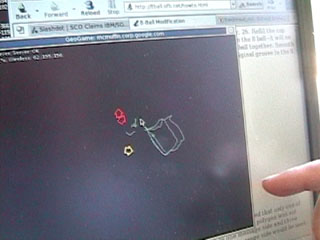 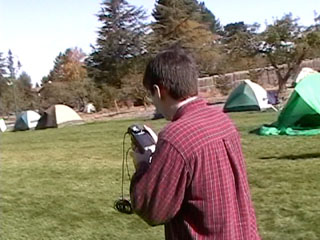 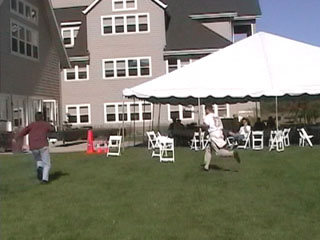 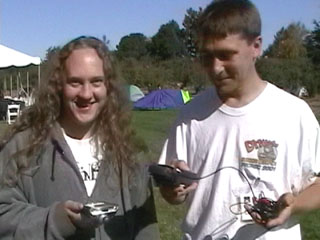 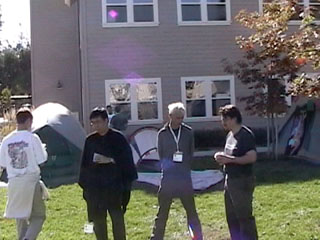 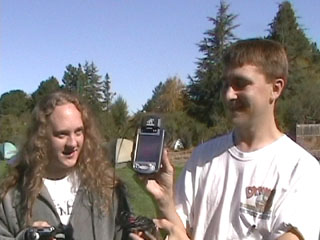 When Dan isn't working by day on Google's "Search By Location" service, he's creating gizmos like "GPS Tron." This interview starts off explaining how GPS Tron works, and then Dan goes on to talk a little about his impressions of Foo Camp. 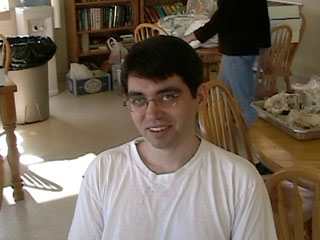 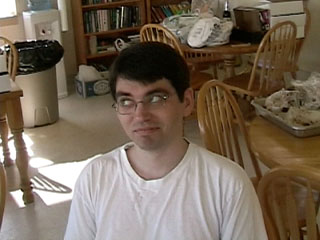 Anselm is working on "a mobile, location aware, many player game" called "Mites." 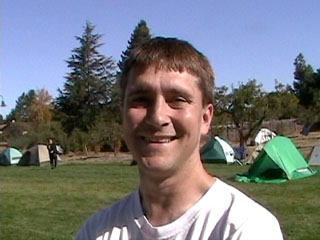 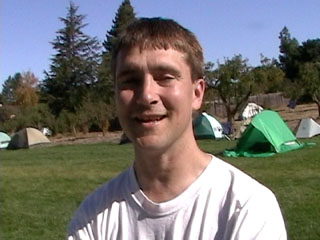 Dav is translating his Globe Applet, which allows you to put pinpoints on a globe, to J2ME, so he can put it on cellphones. 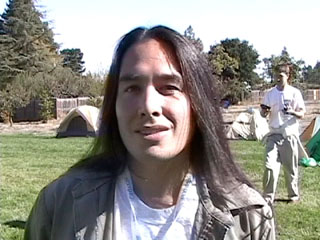 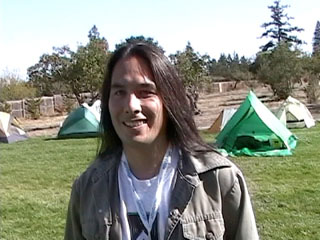 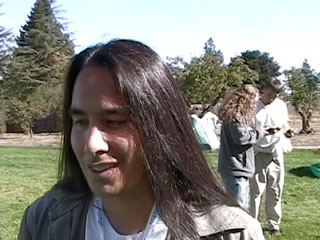 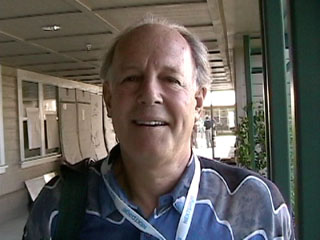 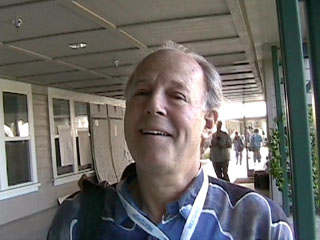 Posted by Lisa at 08:23 AM
Foo Camp Interviews: Jason Harlan

This is from Foo Camp on Sunday, October 12, 2003.
The "Geolocation" connection is the Blogmapper app mentioned in the interview. 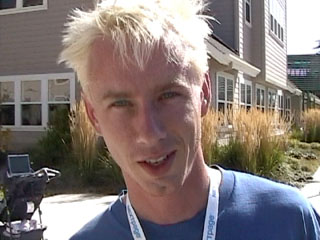 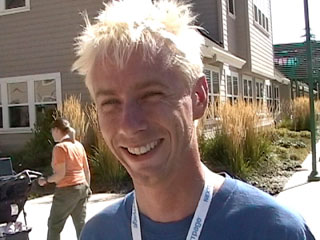 Posted by Lisa at 07:13 AM
This Is A Blogmapper Test

Here I am, almost ready to post the first batch of Foo Movies, and now I've gone and gotten sidetracked on Blogmapper, a tool for generating code to specify the latitude and longitude of a geographical location so you can include your coordinates within blog entries. I don't know if I'm doing this right. But I suspect I'll find out soon.

I've embedded this code in this entry:

Just added this link for a test:

This is a test