I'm making a film about the Illegal Art Exhibit that just finished up here in San Francisco this month.

I'll posting much a lot of my footage from the movie in bits and pieces over the next few weeks.

It is my hope that the finished products (1. a 22 minute television program and 2. a longer, feature-length film) might actually get some television airplay and maybe accepted in some film festivals and things.

To start things off, here's an interview with Laura Splan, who's a local artist here in San Francisco that just got picked up for the San Francisco leg of the show (and will be staying with the show as it moves on to Philadelphia in September.)

Laura created pillows of prescription pills. She's one of the local artists that got picked up by the tour here in San Francisco and her work will be included in the exhibit Here's Laura explaining why she feels she should be able to create art however she wants to. 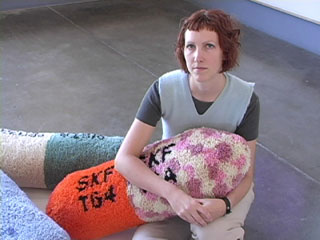 This panel also includes a lot of illegal art so I've included it in the appropriate category.

This is a panel featuring Google's Alex Macgillivray, the Electronic Frontier Foundation's Wendy Seltzer and Glenn Otis Brown of the Creative Commons.


Yesterday, we focused on the physical layer and the logical layer.

Charlie Nesson was the host for the panel.

Just a few notes and lots of pictures for this one. This includes excerpts from the Illegal Art film festival and lots of great media clips from all three guests. 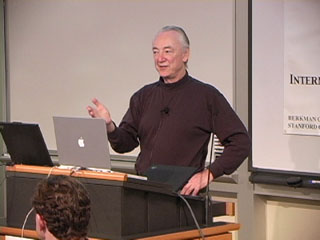 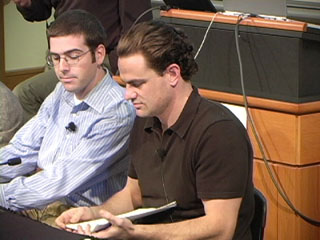 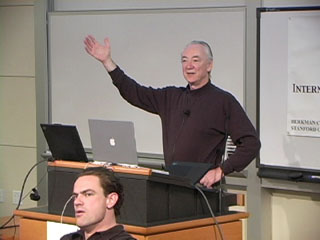 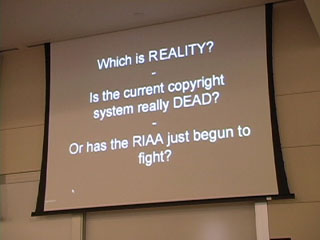 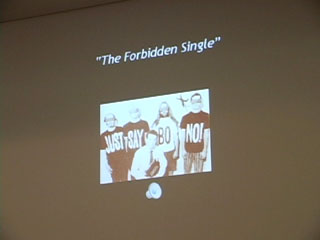 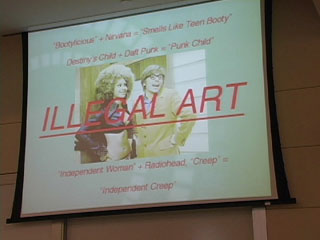 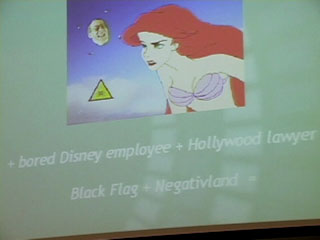 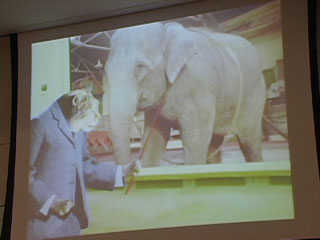 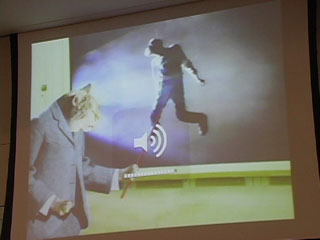 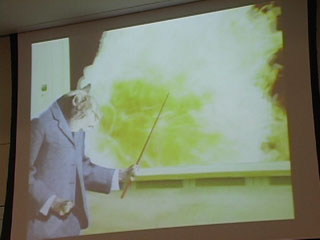 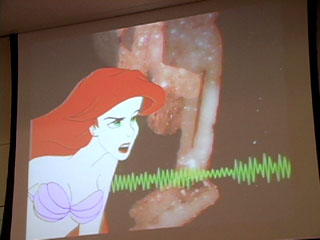 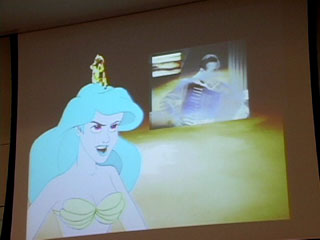 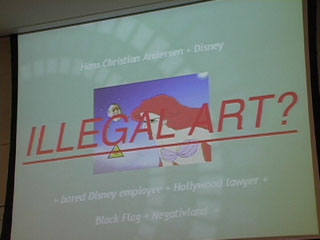 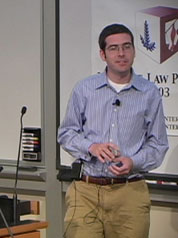 Posted by Lisa at 05:52 PM
Illegal Art Film Festival Today And Tomorrow At The Roxie

Here are all the details from my earlier post, for all of the film titles and such.

I'll be there from 2pm on. There's a new movie/collection of movies being shown every two hours, and they're all cool. So just come down whenever you can make it.

Rick Prelinger, Members of Paul Harvey Oswald, and Brian Boyce will be introducing a bunch of shorts at 2pm.

Craig Baldwin and Don Joyce will introduce "Gimmie the Mermaid" and "Sonic Outlaws" films at 4pm.

Price: $5 sliding scale. Whatever you can contribute is great -- the money goes to the artists.

Directions and Important Parking Info:
The Roxie is at 3117 16th St., at the corner of Valencia St.

The 16th Street Bart Station is a block from the Theatre. (A very short block.)

All the meters are only an hour in that neighborhood, and in the evening parking's next to impossible on the street, so you'll want to just hit the parking lot inbetween Mission and Valencia and 16th and 17th Street, (in a little alley). It's right next to the theatre, and not too overpriced.

Posted by Lisa at 08:20 AM
Lots Of Great "Illegal Art" Film and Video Screenings Coming Up Next Week At The Roxie

And they're all being introduced by a collection of all star guests:

This is the:
Illegal Art Film & Video Schedule
at Roxie Cinema (3117 16th St., at the corner of Valencia St.)
Tickets available at the door: general, $8; seniors and children, $4.

More info and movies for online viewing or downloading: http://www.illegal-art.org

With Introductions by Rick Prelinger, Members of Paul Harvey Oswald, and Brian Boyce (on wed)
and Rick Prelinger, and possibly Jino Choi or Dan Spalding (who did Fellowship of the Ring of Free Trade) on Thursday

In Spin, documentary filmmaker Brian Springer captures the behind-the-scenes maneuverings of politicians and newscasters in the early 1990s. Pat Robertson banters about "homos," Al Gore learns how to avoid abortion questions, George Bush talks to Larry King about halcyon-all presuming they're off camera. Iraq Campaign 1991 transforms network news footage, clips from Star Trek, and sports coverage (all used without permission) into a devastating critique of the media/industrial complex.

With introductions by Craig Baldwin and Don Joyce

Sonic Outlaws is a gleefully anarchic documentary focused on the band Negativland and its travails with copyright and trademark infringment. The film also probes the world of recontexualizing corporate advertising through culture-jamming. Director Craig Baldwin and Don Joyce (of Negativland) will be on hand to introduce the films and answer your questions.

With an Introduction and Q and A with Lawrence Lessig

A new documentary about copyright law featuring a Rolling Stones cover band, Public Enemy, copyright guru Lawrence Lessig, and a couple of clowns. Lessig will be on hand to introduce the film and answer questions afterward.

With an introduction by Jean Hester on Thursday

A series of shorts that appropriate copyrighted works in one way or another: through the use of found footage (Black Thunder, Natural Thing, Removed), unauthorized music (Giant Steps), or corporate imagery (Chain). Plus Todd Haynes' cult classic Superstar. With Barbie dolls as the principal actors, Superstar portrays the life of Karen Carpenter and her battle with anorexia. Haynes never secured the rights to the Carpenters' music he used in the movie, and Richard Carpenter filed an injunction that kept Superstar from public release.

Most films and videos can also be downloaded for free at http://www.illegal-art.org.

Posted by Lisa at 06:44 PM
When Is A Black Box Actually A Good Thing?

When the term is referring to a venue where an upcoming Illegal Art gathering is taking place, of course.

What: Digital Mix: A Special BayFF Celebrating Illegal Art
When: July 25th, 8pm - 2am
Where: Black Box, 1928 Telegraph Avenue Near 19th Street BART
Directions: available here
Cost: $5 Suggested Donation (That means they'll take a dollar if that's all you have and don't not come just because you're broke! Tell them I sent you and I'll work it out later with them -- it's all good ;-)

On July 25th the Electronic Frontier Foundation will host a night of music, art, and conversation to celebrate digital culture. Hosted at the Black Box in downtown Oakland, this special BayFF will bring up-and-coming artists of electronica, digital film, and illegal art together with leaders from the cyber-rights movement.

Lawsuits and legislation have become the weapons of choice for dealing with file-sharing and cultural recycling ("sampling"); come out and discover what all the hype is about. Between laptop music, hip hop, and industrial performances, you will hear from people who are fighting to protect new forms of expression and cultural distribution from the attacks of the entertainment industry. This is an all-ages event.

Thought I'd give you a heads up on this one early enough to actually plan for it.

When: This coming Wednesday evening at 8PM Who: Wetgate, Wobbly, Steev Hise and Mr. Meridies.

Here's the scoop. (Looks like you'll want to get off at 19th street Bart and walk a few blocks over to 23rd St.)

Posted by Lisa at 08:52 AM
Illegal Art In The News

The SF Weekly, SF Bay Guardian, Wired News, and
the Alameda Times-Star are all talkin' 'bout the exhibit.

Posted by Lisa at 05:33 PM
Illegal Art Activities Going On All Month In San Francisco

The famed Illegal Art Exhibit that's been touring all across the country is in San Francisco for a good part of July.

Here's a clip from ABC news on the exhibit that will give you a taste of the treasures that await you.

There's also a great film festival where the artists and subjects of the films will be around on hand to answer questions.

Keep an eye out here for information on all of this stuff all month long. 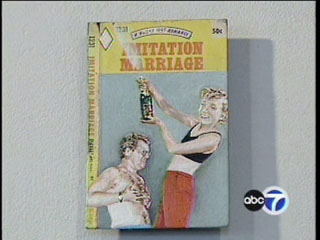 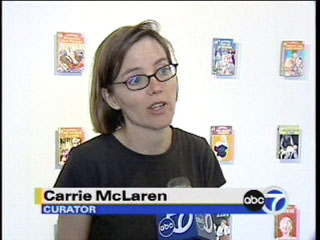 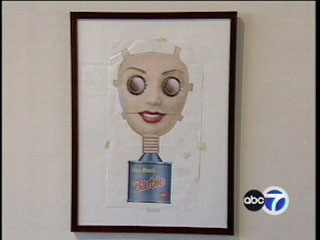 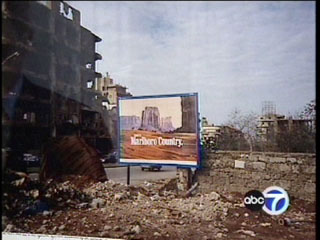 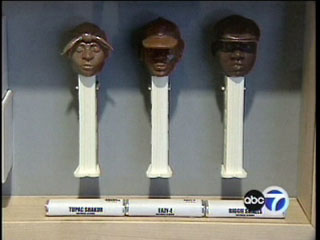 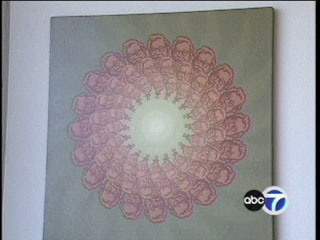