As I mentioned in my last post, I've been thinking a lot about what we can do this time around to protect ourselves against another repeat performance of either the 2000 or 2004 elections. We were tricked both times in different subtle ways, and it is my hope that whoever might be planning to tamper with this year's elections will realize that it's a bad idea to do so with everyone watching.

I've had this little anthem (lullaby version) in my head this last week, and I thought I'd share it with you.

It's based on some things I learned from my own archived news footage from the 2004 election about strange things going on with the actual vote count in relation to the exit polls. The Bushies tried to tell us it was the exit polls that were incorrect. But that didn't make sense then, and it makes less sense now.

This clip is a re-edit from a clip within the documentary from Dorothy Fadiman's Stealing America - which was released a few months ago across the country. (The movie uses a lot of footage from my and thePete's video archive from the 2004 election.) 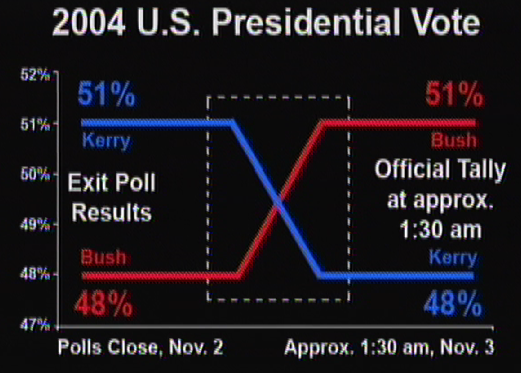 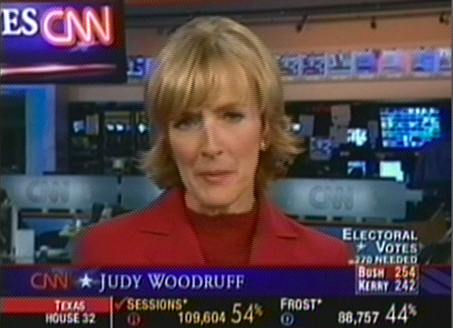 From Judy (to Wolf Blitzer): "Well, we're trying to figure all this out right now Wolf. Apparently, what has happened is that the Associated Press, they were feeding numbers into us, and then suddenly, those numbers changed."

This year, let's stay up and watch until we know the votes have been counted correctly -- which, we know from the polls, could only mean a huge win for Obama.

Here's a sorta "traditional" version of the song:
Staying Up All Night (campfire version)

Here's a lullaby version of it for my biggest fan :-)

Here are the words (roughly, depending on version):

Well, if they try to tell us that Obama has lost in "another close race," I say we demand a recount and hit the streets - Ukranian style.

So it might be a good idea to try to take Wednesday off work if you can, to:

1) rest up after being up late Tuesday night

2) be available for a protest, if we need to have one

So again - the main plan is to just watch and win :) - which should be easy enough. But if the bullshit hits the fan in the middle of the night again, let's be ready to deal with it head on Wednesday morning (Plan B) - by emailing phoning our representatives endlessly - and, hittin the streets!

Posted by Lisa at 05:39 AM
Recent Entries in Election 2008 - Plan B
A Little Song and Clip To Go With This Year's Strategy